Profiles of Undergraduate Research at the College of Arts and Science 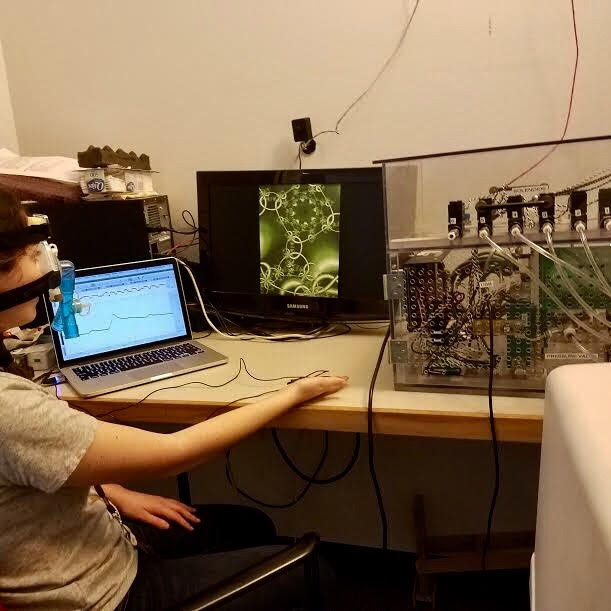 ​Photo Description (Allie is subject in the photo):
How does having control modulate the body's physiological fear response? This is the question I'm exploring using an aversive conditioning paradigm with an unpleasant smell. #classicalconditioning #smells #neuroscience

Project Description:
My project is about resiliency in adolescents. Specifically, I examine how having control in one stressful situation affects an adolescent’s stress response in a new stressful situation. The premise of the project is that having control over an external stressor, i.e. having the ability to stop the stressor and thus alleviate the stress from the situation, decreases the effect of stress in future scenarios, even when they are not controllable. This project expands the idea of stressor controllability to adolescents, thus exploring the existence of this type of control-mediated resilience during development. The results of the experiment will either suggest a resiliency effect in adolescents who had control, as seen in adults, or provide further questions regarding the development of resiliency during adolescence. 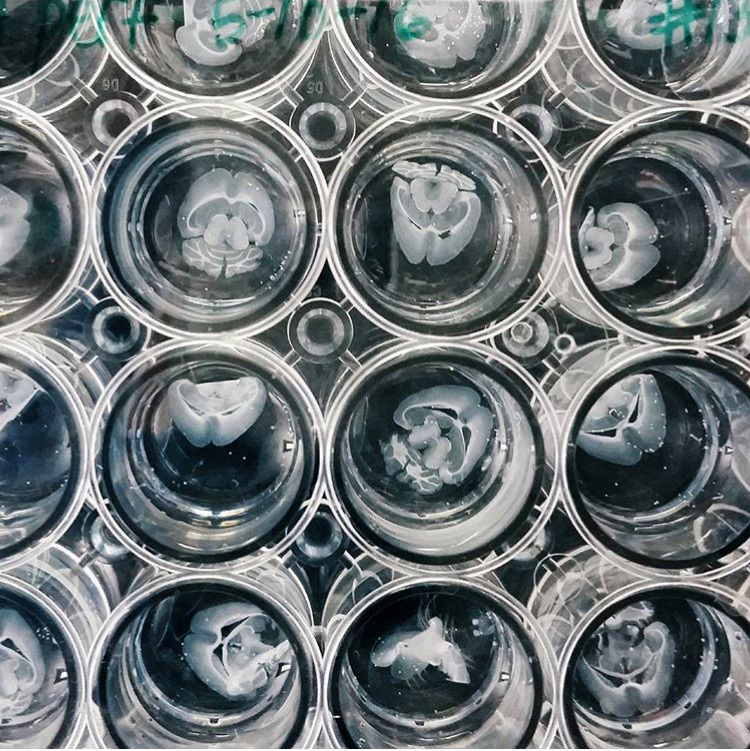 Photo Description:
After injecting a virus into its brain, this mouse was perfused, and its brain has been sliced horizontally into 100 micrometer slices.

Project Description:
Memories are stored after perceptions are processed. But what kind of relationship exists between memory and perception, and how do they interact? In this research project, I aim to generate a connectivity map between the entorhinal cortex (EC) (superficial and deep), and various regions of the hippocampus (HC), regions that are strongly implicated in our ability to take perceptions of our environment and generate memories. To obtain a clear understanding of how these two regions “talk” to each other in the form of neural activity, we must first establish how they are connected. In my research, I will use advanced neuroanatomical approaches to better understand the interplay between the hippocampus and entorhinal cortex in memory formation. 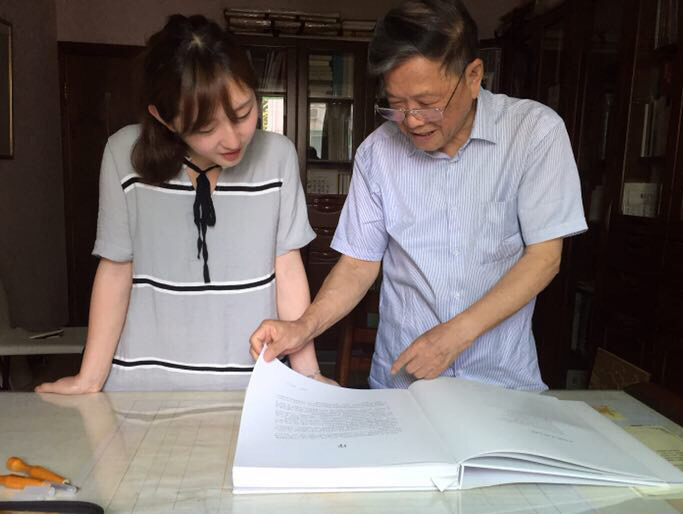 Photo Description:
The attached photo was taken during my interview with the renowned Chinese woodblock printing artist, Mr. Lu Fang. The interview is part of my research project on Pan Tianshou's paintings in 1950s. Mr. Lu was Pan's student at that time.​

Project Description:
In the early 1950s, Pan Tianshou (1897–1971), the renowned Chinese traditional ink painter, art historian, and art educator, created a series of small-scale paintings that are explicitly political and drastically different from the traditional hanging scrolls for which he was famous. The lofty hermits, the expressive birds, flowers and landscape in Pan’s earlier paintings are replaced by the realistic peasants of New China. The “peasant series” is unprecedented in Pan’s repertoire before 1950, but Pan would entirely abandon the format after 1953. These short-lived outliers in Pan’s artistic career not only give clues to the correlations and tensions between the state’s ideology and the art in the beginning of Mao’s regime, but also illuminate Pan’s innovations as an artist who both conformed to and resisted the sociopolitical circumstances in the age of reforms. This project investigates Pan’s “peasant series” in the light of the particularly complicated political and historical conditions.